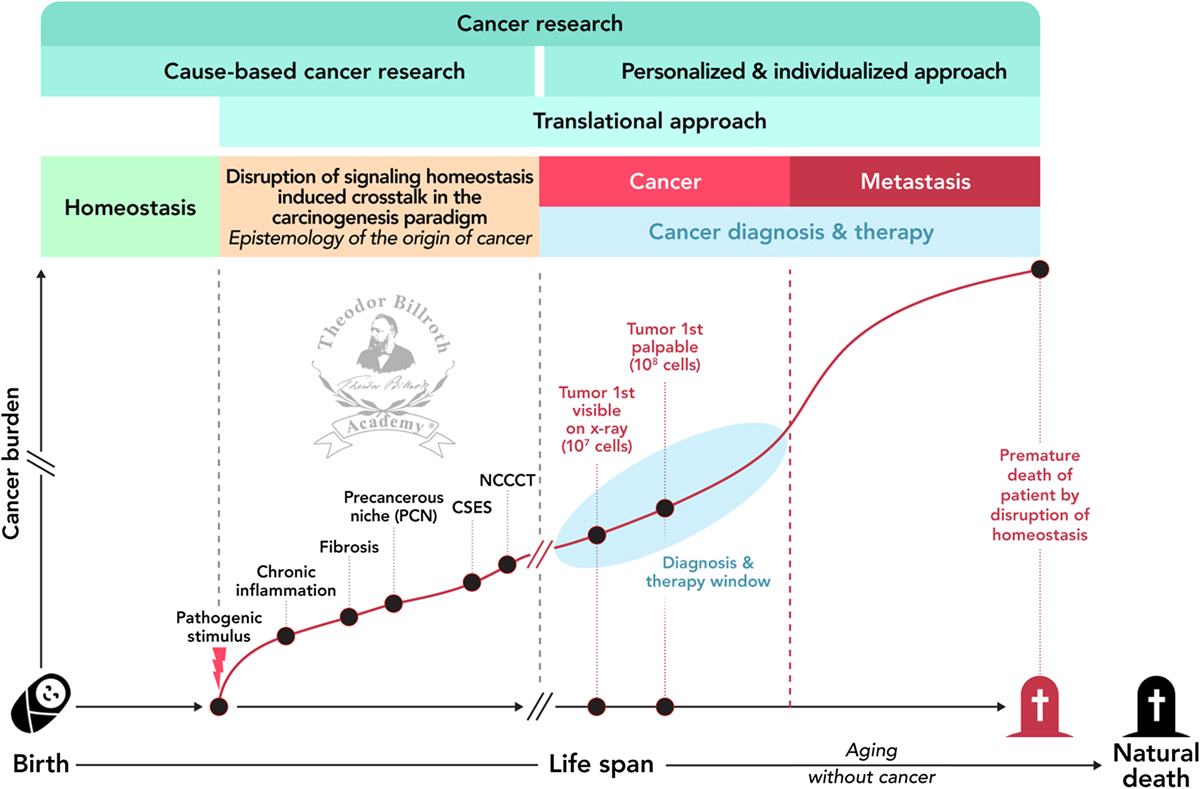 Cancer research strategies and cancer burden within the Disruption of signaling homeostasis induced crosstalk in the carcinogenesis paradigm “Epistemology of the origin of cancer”. Explanation numbers: A tumor nodule is reported to be first detectable by X-ray imaging when it has 107 cells [330] which was earlier 108 cells [331]. The average number of cells in a tumor when it is first palpable was reported to be 109 cells in 2002 [331] which approximately accounts for a tumor with 1g [332]. As it was also reported to be 106 cells in 1943 [333], we decided to decrease this number for the illustration by 1 log only to 108 cells.