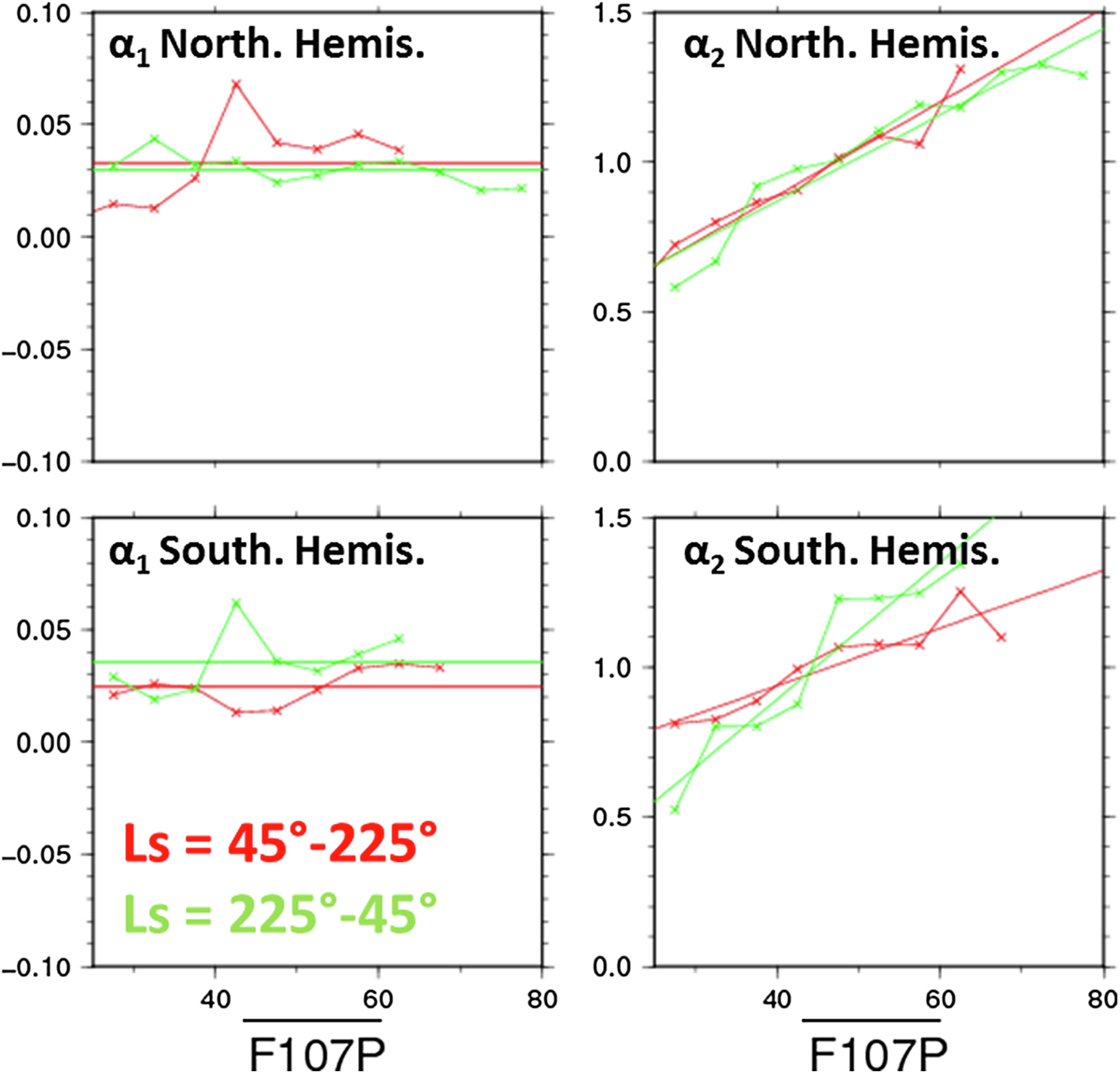 . The crosses are the coefficients obtained for the different

index while the lines are the values used in the model.