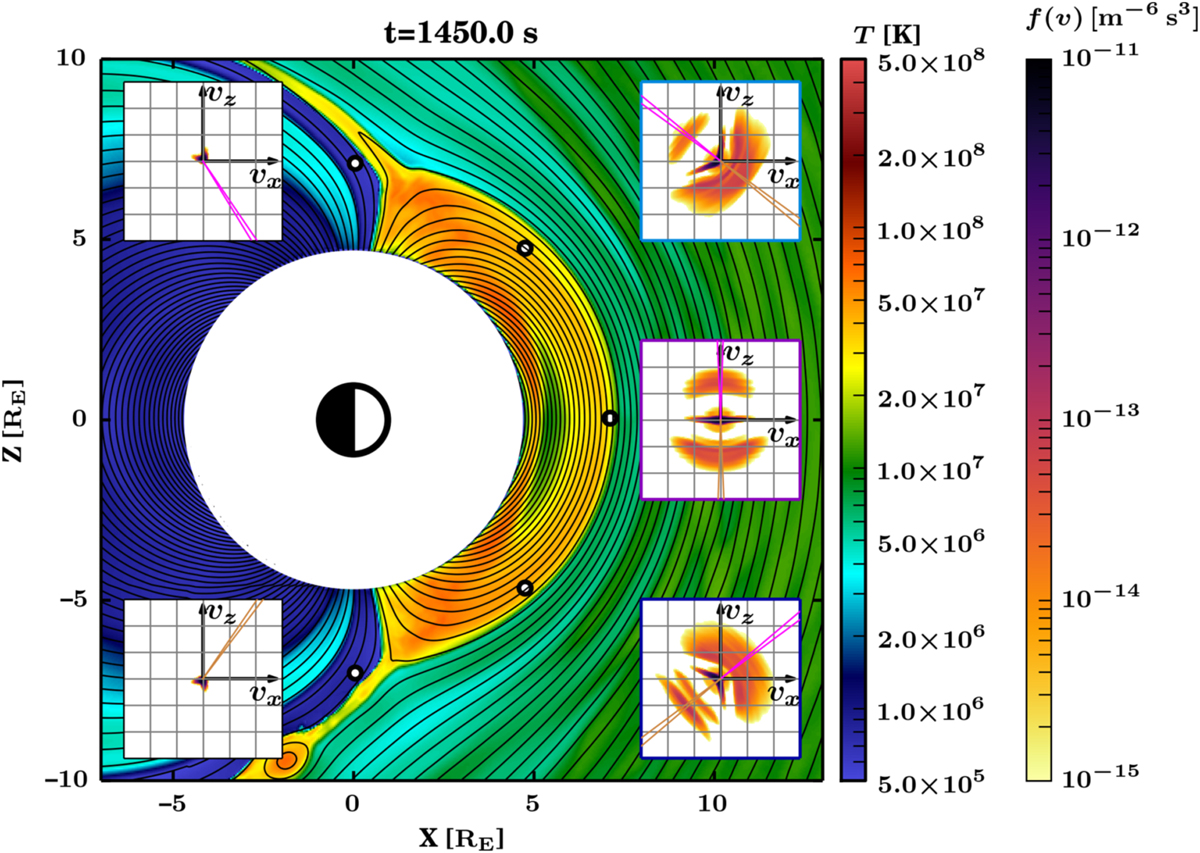 Proton temperature in a zoomed-in box centred on the dayside magnetosphere in the northward IMF simulation. The black lines represent magnetic field lines. The five locations shown with black circles indicate the cells where the precipitating fluxes are calculated, and the inset axes show cuts of the corresponding VDFs in the (

) frame, with the loss cone indicated in magenta and brown for precipitation in the northern and southern cusps, respectively. The velocity grid spacing is 1000 km/s.